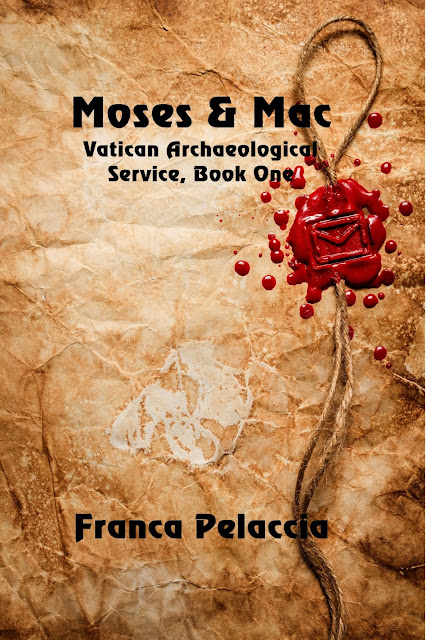 On her dismal 30th birthday, unassuming Victorian scholar
Mackenzie Braden receives a mysterious package from her Aunt Sara,
urging her to locate Moses’ rod. The most powerful weapon in history
will start global chaos if it lands in the wrong hands. Sara was an
agent for the top-secret Vatican Archaeological Service. She has also
been dead for 30 years and the agency dormant for just as long.
Mackenzie’s only clue is a souvenir figurine of Moses, and except for
hunky ex-military pilot Eoin Reilly, her allies are as inept as she is.

But nothing is going to stop Mackenzie from recharging her lacklustre
life, fulfilling her mission, finding answers about her aunt, and
making Eoin her birthday present. Armed with the figurine, Mackenzie
sets off with Eoin for the Middle East. There she has to fend off a
Ph.D. candidate turned terrorist, a dysfunctional family of treasure
hunters, a fake Mossad operative, a manic former VAS agent, the
underground tunnels of the Gaza Strip, and a whole lot of rocket
launchers. But this is training for the ultimate confrontation with her
aunt’s and now her greatest foe, a charming deposed Saudi prince with
world domination on his mind. 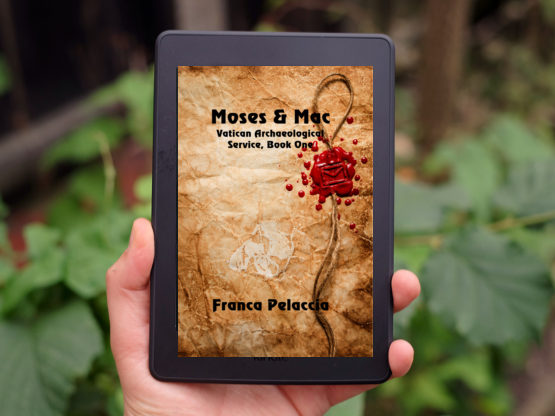 A birthday no one remembered was outright unforgivable. A birthday that would change all those to follow was downright insane.


It was a changing of the guard birthday. The one when everything went thicker—face moisturizers, waistlines and mindsets, and the absence of a credible man in my life was tossed around me, over me, behind me, and in front of me by all my loved ones. But, instead of a “Happy Birthday, Mackenzie” call from a mother who was never supposed to forget. Or a “You thought your old man forgot, didn’t you, Mackie?” from a father who pretended to forget. Or some form of birthday sympathy from any of my three older sisters, I got a call from ancient Father Somerville.


Father Somerville saw through my god-forsaken soul, or made me believe it, even now in my supposedly all-powerful thirtieth year of life. In his sixty-year-old seasoned pulpit voice, he declared I had received a package from my Aunt Sara. A package from her would have been great on a birthday no one remembered, if Aunt Sara hadn’t vacated her office and neglected her duties as lecturer of biblical archaeology over thirty years before and been declared dead twenty years ago.


Aunt Sara was my father’s youngest sister. She was also my godmother. Along with my Uncle Tony, she had held my tiny head over the baptismal font thirty years before. She had posed for pictures with every relative on the Irish side of the family and wisely followed that up with everyone on the Italian side. She enjoyed the seven-course meal at my Uncle Gianni’s restaurant, left to catch a plane to Cairo and was never heard from again. Unless there was delivery from heaven or as both rosary-touting grandmothers would say, from that other place that can’t be named, the package had to be a joke from one nasty person.


But, heck, it was my big 3-0 birthday. Maybe this was some ploy, although on the dark side, to get me to a big birthday bash.

Well, I’ve got to say, I loved this book. Wanting to be an archaeologist from a very young age, I’ve been completely enamored with any book or movie on the subject.  Throw in a secret society run by the Vatican and Moses & Mac by Franca Pelaccia is an action adventure mystery story that rivals any Indiana Jones movie or Dan Brown book.

On her 30th birthday, our reluctant heroine, Mackenzie Braden finds herself recruited into something called VAS. That was the acronym for The Vatican Archaeology Service, which was a highly classified organization. In fact, it was a branch of the Vatican Secret Service that secretly investigated biblical archaeological finds. Some of the artifacts the group tracked down included the Shroud of Turin, the holy Crown of Thorns and Muhammed’s cloak and sword.  Their last find was 30 years prior and VAS was now long defunct.

Needless to say, Mac was shocked to find herself recruited into it.  With a little prodding from her long-lost godmother and some retired VAS agents, she easily goes from mild mannered professor of Victorian Literature to a femme’ fatale, fighting Syrian Brothers of Islamic Freedom and many other bad guy treasure hunters, all while being chased by RCMP, The Canadian Security Intelligence Services, the CIA and Interpol.

Luckily she’s not alone in this adventure.  Through it all, she’s accompanied by a sexy Irish cowboy-biker looking pilot named Eoin (pronounced Ian) and a bunch of twenty-somethings who dream of being spies.

The author, Franca Pelaccia, weaves a great tale, with Moses & Mac. It’s got all the elements of a great action adventure mystery with a little mild romance.  I can’t wait to read the second book Mac & the Crusaders. I highly recommend it and rate it 5 stars. 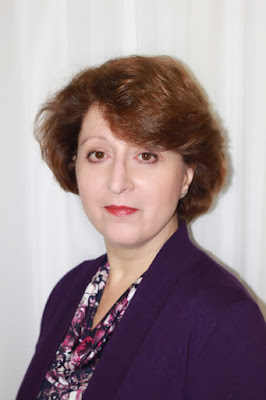 Franca Pelaccia is the author of Moses & Mac, a fast-paced and lively action/adventure/mystery and the first book of the Vatican Archaeological Service series published by Solstice Publishing. The second book is tentatively entitled Mac & the Crusaders. Under the pseudonym of Kirsten Paul, Franca is the author of two romantic comedies for the Calendar Men of King Court series. The first book, The Hockey Player & the Angel will soon be published by the Wild Rose Press. The second book, The Detective & the Burglar is in progress. Writing as Francesca Pelaccia, Franca self-published The Witch’s Salvation, a historical paranormal novel, which won the Beck Valley Reviewers’ Choice Award for 2013. An avid reader, Franca reviews novels for the Historical Novels Society.

If you like this post and others on this blog, scroll all the way down to the bottom left of this page anc click the FOLLOW button to receive more from Sybrina's Book Blog.
Posted by Sybrina at 1:00 AM No comments: