Book Reviews for The Blue Unicorn's Journey To Osm 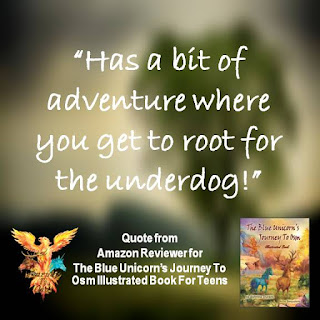 5.0 out of 5 starsCharming and uplifting story
By Nicole S. Lopez on May 20, 2018
Format: Kindle Edition

This book is illustrated throughout and is an easy read. Perfect for juvenile readers looking for a bit of adventure. I enjoyed the story along with the stunning and colourful illustrations. For me it was a super fast read, but I thought it was well written and easy to understand. Has a bit of adventure where you get to root for the underdog! (The blue unicorn throughout the beginning of the story.). I recommend this book for younger readers; older one might consider this to be boring.
Posted by Sybrina at 1:04 PM No comments:

Unicorn Book Feature - Get Off the Unicorn - By Anne McCaffrey 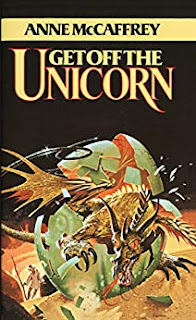 Get Off The Unicorn


A splendid selection of stories from the lady who taught dragons to fly and rockets to sing . . .

Lady in the Tower
The Rowan was one of a select group of telepaths—a complete Prime, one of only five. Then one day, another Prime appeared mysteriously from the outer boundaries of space, asking for help in a savage battle against evil!

Finder's Keepers
Young Peter had a unique gift which earned him and his mother a little money and gave pleasure to others. Then, one day, an unscrupulous man forced Peter to use his precious gift in a crooked scheme—and Peter grew up fast!

Honeymoon
Helva and her new brawn were sent on an especially urgent mission . . . a mission that not only put them both in great danger, but a mission that also caused them to break the ultimate taboo!

The Smallest Dragon Boy
The only thing Keevan wanted in life was to be a dragonrider, just like his father . . . but everything seemed to stand in his way!

Posted by Sybrina at 7:00 AM No comments: 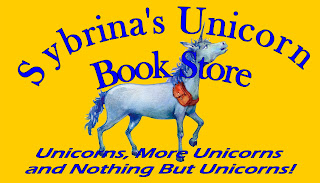 Where you'll find unicorns, more unicorns and nothing but unicorns! Visit now.

Posted by Sybrina at 7:00 AM No comments: