I have been keeping up two identical blogs for the past year and have decided it is time to concentrate on only one from now own.

If you would like to keep up with the latest Unicorn Books and Gifts plus all of my other offerings, please join and follow my official blog at https://sybrinapublishing.wordpress.com/

Sybrina
Posted by Sybrina at 1:00 AM No comments: 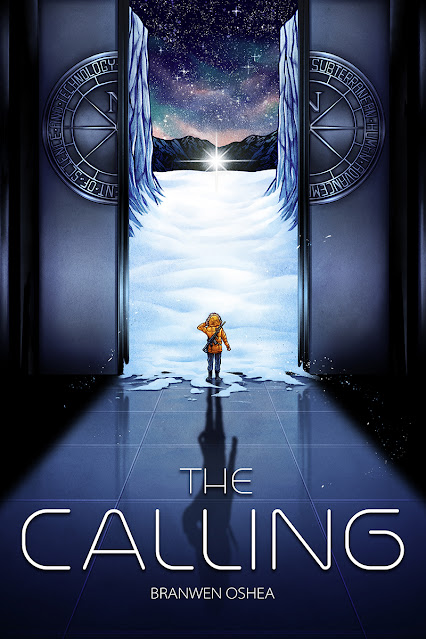 When Bleu’s little sister shows symptoms of the deadly Sickness, a strange vision directs him to leave humanity’s subterranean haven and seek the cure on Earth’s glacial surface. Joining the expedition team, Bleu expects extreme temperatures, not a surface ruled by ingenious predators.

Rana and her fellow star beings have co-existed with Earth’s top carnivores since the humans disappeared. But when her peers transform into Crowned Ones, the final stage of star being development, she fears remaining Uncrowned like her parents. To prove her worth, she undertakes a dangerous mission—contacting the hostile and nearly extinct humans.

But Rana’s plan backfires, and Bleu’s team retaliates. As war with the more advanced star being civilization looms, both Rana and Bleu separately seek a way to save their people.

She knelt, and with trembling hands, she grabbed the extra piece of soaked wood. If she put one log in the back of the cave and kept one in the entrance, then maybe she’d be safe between them until daybreak. Of course, that assumed whatever predator lurked outside lost interest in her by daybreak.

Two fires were her best chance. Her only chance. She quickly placed the second piece of wood, filled its opening with tinder, and grabbed her stones.

The growling grew closer. At this rate, she’d never get the log lit in time. Her mind raced through possibilities, but they all required skills she lacked and ended with her death.

Wait. Furred ones sense energy. In desperation, she expanded her energy to appear larger and hoped her fake size might give the predator pause.

In this enlarged-energy state, she struck the flint and fire stone together. They sparked, but the log remained unlit. Long claws scraped against the floor. She peered up from the flint. The pale light of the first log reflected off two eyes.

As a young girl, Branwen wanted to become an ambassador for aliens. Since the aliens never hired her, she now writes about them.

Branwen OShea has a Bachelors in Biology from Colgate University, a Bachelors in Psychology, and a Masters in Social Work. She lives in Connecticut with her family and a menagerie of pets, and enjoys hiking, meditating, and star-gazing. Her previously published works include contributing to a nonfiction yoga book, wellness magazines, and her published science fiction novella, Silence of the Song Trees.

Branwen OShea will be awarding $20 Amazon or B/N GC to a randomly drawn winner via rafflecopter during the tour. Enter the contest below.

I have been keeping up two identical blogs for the past year and have decided it is time to concentrate on only one from now own.

If you would like to keep up with the latest Unicorn Books and Gifts plus all of my other offerings, please join and follow my official blog at https://sybrinapublishing.wordpress.com/

Featured Gift of the Day - Fashion Watch with Bow

Journey To Osm Book Merch - Its Good To Know A Unicorn 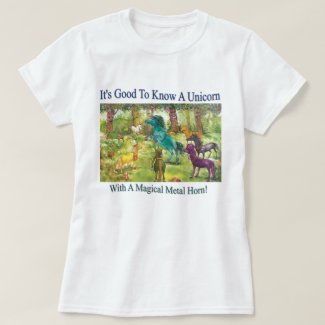 It's Good To Know A Unicorn T-Shirt
by sybrinad

Get it at Zazzle.

In ancient Persia, magical beasts are nearly extinct. But the unicorns are not yet gone—not when the terrifying karkadann wields its deadly horn. It will be up to Heydari, tenderhearted son of an elephant driver, to discover more than a monster in a badly-injured beast.

Lisa passes her days as a distracted maid who is slow of speech and thought. But Lisa has unique memories: a terrible sorcerer has cursed with his dying spell, taking both her freedom and her true form.

Discover unicorns as you have never imagined them, in this special, limited edition chapbook celebrating fantasy icons Peter S. Beagle and Patricia A. McKillip at the height of their powers.

Unicorn Gifts For Teens, YA and Others - Magical Unicorn Heart Necklace