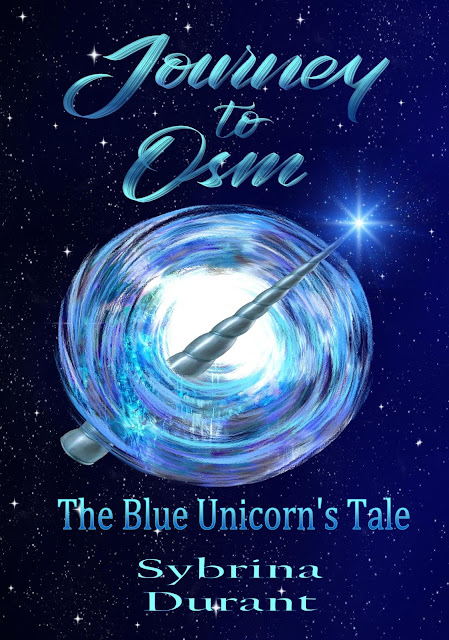 
Facing extinction, the Metal-Horned Unicorns of MarBryn are desperate for hope. Any hope. . .So when the Oracle reveals the prophecy promising just that, the remaining members of the tribe pin their future on the birth of a young foal.

Hope becomes despair when the baby unicorn is born without metal. . .because without metal there is no magic. And without magic, this little blue newborn has no chance to defeat the evil sorcerer that has imprisoned all of MarBryn. Magh’s rule proves both harsh and brutal and by the time Blue comes of age there are only twelve metal-horns left in all of MarBryn. Eleven can claim some form of metal based magic. . .but one must get by on sheer grit, will, and the desire to avenge his parents untimely deaths.

Like most of the metal-horns, Blue disregards the prophecy as nonsense, but driven by his insecurities, he covertly trains for a fight he’s ill-equipped to win.And then hope comes back around.

For Blue…For the Metal Horn Unicorns of MarBryn …But can a unicorn with no metal … no magic … answer the call of fate?

The Blue Unicorn's Journey To Osm Illustrated book was a feast for the eyes but the story was short.

This novel is the expanded version of that story.

Posted by Sybrina at 2:39 PM No comments:

The Blue Unicorn's Journey To Osm

book for teens and older readers

Jamie G. won the black and white "read and color" version of The Blue Unicorn’s Journey To Osm Illustrated "Coloring Book" for Teens and Older Readers.  Contains over 42 unicorn images for coloring.

She will also receive a tee shirt featuring a character of her choice from the book.

This book is available in audio as well as soft and hardback print and all ebook formats.  There is an accompanying Coloring Book/Character Description Book and a Children’s Picture Book, too. Finally, there’s lots of unicorn bling to be scooped up from zazzle.com.


Get them at all online book stores.

This contest runs fromDecember 1st, 2018 through December 28th, 2018.  Winners will be randomly selected by Rafflecopter.  Winner’s mailing address will be requested at that time.

Enter the Amazon Giveaway for a chance to win 1 of 5 kindle ebooks of this novel. 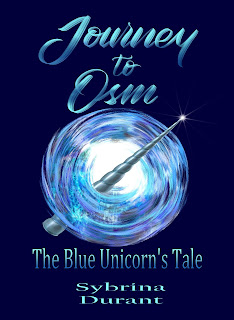 This is the novel version of The Blue Unicorn's Journey To Osm.  If you wanted more after reading the illustrated book, you will be delighted with this much longer story.