Journey To Osm - No Metal No Magic 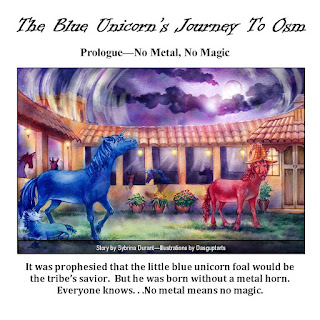 https://www.instagram.com/p/BSCPkLaFJ4_/?utm_source=ig_share_sheet&igshid=1np2sa9d9o0q4
Posted by Sybrina at 4:22 PM No comments:

The
Black Trillium
by
Simon McNeil

But
Fredericton is a long way from the shores of Lake Ontario, and
schemes for power will bring together three extraordinary young
warriors.

Sworn
enemies or reluctant allies, they all have one thing in common: an
incomplete half of the legendary fighting skill known as the
Triumvirate sword art. They fight for glory, for power, for the
monsters lurking beneath the streets, and for the mysterious society
moving in the shadows of Trana—the Black Trillium.

Simon McNeil is the
author of The Black Trillium, a story of revolution and martial arts
set in the ruins of Toronto. This novel is published by Brain
Lag Publishing.
He is an online
marketing communications specialist with a major educational
institution when not wandering the world looking for trouble. He is a
life-long martial artist, has published several articles in Kung Fu
Magazine and he’s probably a little bit too fond of kung fu movies.
He lives in Toronto,
Canada with his wife who has happily laid out rules to prevent the
sword-through-glass-lampshade incident from ever happening again. The
Black Trillium is his first novel.

Later that day I was tending the fire in the kitchen hearth. Uncle Stephen came back in from his deck. His lips were almost blue from the cold but whatever he’d been speaking to his friend about had been clearly more important than his comfort.

“Kieran, I’ve spoken to Jean. He told me what happened, with Sawchuk.”

“Well good, because I didn’t mean to attract his attention, it’s just…”

“He suspects me. And not entirely without reason; surely you have suspected.”

I gave my uncle a skeptical look.

“You know the stories about the fall of Quebec and the freedom fighters who opposed MacMillan’s father.”

“The Black Trillium,” I said.

“And I’m sure you have heard that some of them survived. Well…” He paused and he looked at me steadily. “Jean and I both fight for the Black Trillium. We have since we were young. In Jean’s case he was at the fall of Quebec.”

The fall of Quebec. It was one of those moments of infamy you heard about in hushed rumour, almost legend already, though not yet in the distant past. That Mr. Chamblais might have actually been there was shocking. I sat still for a moment, trying to control my surprise and awe before I spoke.
“And now something has happened.”

“In Broken Tower. The lordling there killed a Confederation minister as an offering to us, seeking allegiance. We turned him down. We weren’t ready to free Trana and he’s forced our hand. Things are going to be very hard in the next year. War is coming to Trana. So you have a choice to make.”

“A choice…” I could hardly believe what he was telling me. It made sense. My uncle’s strange friends, his opposition to Confederation, Sawchuk’s suspicions, all these things fit the pattern of a rebel in hiding.

“Yes, you can fight with us. If you do you will have to do… terrible things. War is always terrible. But you can. Or Jean can bring you to safety somewhere nearby.”

“Be careful Kieran, I never wanted to draw you into a war.”

“No. But if I start running now, when will I stop?”

“Yes,” I said, and I looked up at uncle Stephen burning with fierce pride.

“So why were you fighting with Argus Sawchuk?”

“I was talking with Teddy Li about the situation, you know, down in Broken Tower and he came around, accused me of treason.”

“The situation is fragile, we must be careful not to alert the wrong people clashing with lumps like Sawchuk.”

The stranger slipped into the room then and said, “The situation is beyond fragile. It is devolving and there will be war soon.”

Uncle Stephen seemed to deflate a little, his shoulders sagging. He took a deep breath. “I know that, Jean. But I’d prefer it didn’t start on my doorstep.”

“The truth is that we must deal with Sawchuk.”

I had a fantasy of drumming the bully out of Kensington, tarring him and feathering him, anything to see him gone.

“No, your uncle is right. Sawchuk won’t readily forget you were the reason he was beaten today. He’ll be on the lookout for you as soon as he recovers and the chances are good he won’t be alone. You stay put, for today. Tomorrow we will see to your education.”

“Yes, sir,” I said. “I understand.” I thought calling him sir would be appropriately respectful, but he just chuckled at me.

“Mr. Chamblais will suffice,” he said.

“If you don’t mind me asking, Mr. Chamblais, what do you mean you’ll see to my education? I already know my numbers and letters.”

“There is much a rebel must know beyond reading and writing. I don’t suppose you know how to handle a sword.”

I’d never thought of it that way. I’d played at swords with my friends when I was a kid but Kensington was a peaceful place. I hadn’t ever learned to fight.

“But first you must be initiated.”

“Initiated,” I said. “Some sort of ceremony?”

The rest of the day passed slowly. I stayed inside while uncle Stephen and Mr. Chamblais “dealt with the Sawchuk problem” and the weather was miserable in any case. I felt almost resentful, like I wasn’t getting to join a romantic brotherhood of freedom fighters, but was instead being made a prisoner in my own home by a strange raggedy man.

I went to sleep reluctantly, my head buzzing with thoughts of heroism and rebellion, excited and terrified about what lay before me.

Follow
the tour HERE
for exclusive excerpts, guest posts and a giveaway!

Posted by Sybrina at 5:00 AM No comments: